What Are Differences Between Gas Oven And Electric Oven?

Over the last several decades, kitchen appliances have seen a variety of technological breakthroughs, from the George Foreman Grill to instant-boiling taps.

Despite the range of inventions, innovations and advances, the humble oven has stood firm as a tried and true mainstay of the kitchen.

However, the ovenary option of gas and electric has long been a hot debate, with both sides of the argument staunchly loyal to their preferred supply.

So, which one is better? Let’s find out as we turn up the heat on gas ovens vs electric ovens, in the ultimate battle for kitchen supremacy. Pros and Cons of a Gas Oven

If you think a gas oven will provide more of a spark to your culinary capabilities, check out these pros and cons and give yourself a balanced view.

Benefits of a Gas Oven

Gas ovens tend to heat up very quickly, speeding up the overall cooking process as it reduces the time needed to pre-heat the oven to the desired temperature.

They also provide a levelled heat distribution which can be useful for achieving different results while cooking things at the same time; e.g. cooking meat on the bottom shelf and roast potatoes on the top.

Disadvantages of a Gas Oven

Gas installation is a specialist skill and can be extremely dangerous if conducted by an untrained amateur. As such, you’ll need to enlist the aid of a qualified gas professional to install your gas oven safely. Naturally, this will usually come with a price tag.

Gas ovens usually won’t feature a fan either, which can make it harder for heat to circulate. While this can be great for achieving varying cooking results (as noted above), it can result in an uneven bake and require some serious shelf juggling if you’re looking to achieve the same results for multiple trays.

Pros and Cons of an Electric Oven

If you’re switched on to the idea of an electric oven, be sure to take the following into account for a well-rounded decision.

Benefits of an Electric Oven

While gas may have the edge in terms of heating speed, electric does tend to offer a quicker cooking experience.

Electric ovens tend to distribute heat more evenly, particularly fan-assisted ovens. This allows the hot air to be circulated around the oven, surrounding the item and cooking the food from multiple angles.

Disadvantages of an Electric Oven

As noted earlier, electric ovens can take a long time to heat up, extending the cooking time by potentially up to 30 minutes. It also retains its heat for a long period of time, making adjusting temperature tricky at times.

Perhaps the biggest disadvantage of electrical ovens is that they can be a notable casualty when a power cut occurs. If the power is down in your area and your midway through an oven bake, it’s an immediate roadblock that doesn’t have a detour.

Is Gas Cheaper Than Electric?

In short, yes. Cooking with gas typically works out notably cheaper than cooking with an electric oven.

One study by consumer watchdog Which? found that cooking with a gas oven worked out over 50% cheaper than cooking with an electric oven over the course of a year.

In addition to that, gas cookers are also typically cheaper to purchase up front as well, providing savings on a number of levels.

While your decision will likely come down to costs, efficiency and practicality, it’s also important to note that gas cooking also provides a different cooking style to electric.

Gas ovens provide heat with more moisture than electric, culminating in a dish that itself is ultimately more moist. This prevents certain dishes from drying out and can make all the difference when cooking items like meat.

Which is Better - Gas or Electric?

Ultimately, who prevails in the battle between electric and gas depends largely on your own preferences and desired methods of cooking.

While gas can be cheaper in the long run, it does require specialist installation, whereas an electric model simply needs an outlet. That being said, if you live in an area where power cuts are common, an electric oven can be an unreliable solution.

The differences in cooking quality and end result can also be a decisive factor, while many will simply opt for what they are familiar with in a “better the devil you know” mindset. That being said, if you really are torn, there are hybrid options that provide the best of both.

Whichever option you ultimately go for, you can be sure that Cooker Spare Parts will have you covered if you need a replacement component, new rack or a spare tray to go with it.

What Are the Best 36 Inch Gas Ranges?-Buyer’s Guide

Gas or Electric Range: Which Is Better? 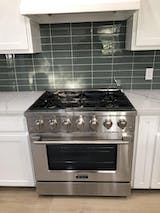 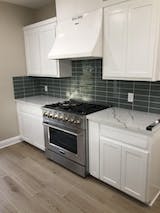 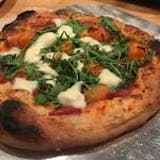 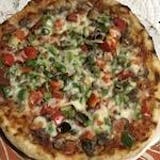 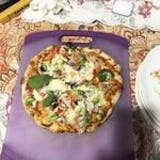 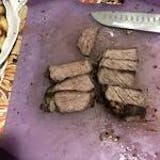 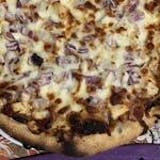 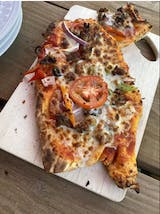 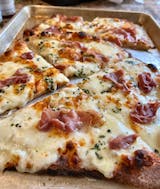